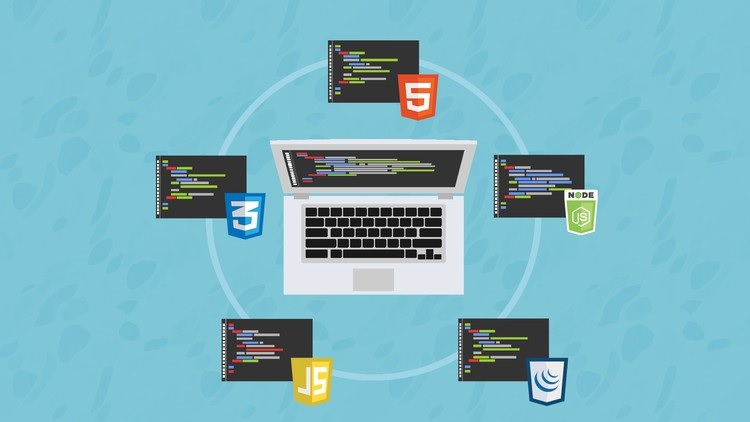 You should study the following skills if you want to become a hire-able web development in 6 months without a degree: Simple HTML and CSS. Use JavaScript to make websites dynamic. To do that you have to find a perfect full stack developer course and then ace it.

What Is Web Development?

Building, constructing, and handling websites are all a part of web development. It covers things like website design, web publishing, web programming, and database administration. It is the making of a website, an application that runs online.

The task of developing the characteristics and functionality of applications is closely similar to that of web development (web design). The actual construction of these things is typically referred to as development (that is to say, the programming of sites).

Front-End Web developers focus on turning visual concepts and website designs into code. A front-end software developer acts as a link between design and technology by putting the design concepts developed by others in web development teams.

Programming languages like HTML, CSS, and JavaScript, as well as platforms like React, Bootstrap, Backbone, AngularJS, and EmberJS, are typically essential skills for front-end developers.

A Front-End Developer’s duties would include developing responsive websites (that look and work well on any device), performing website testing, resolving any bugs found during the web development process, and making sure the site fundamentals match to SEO best practices.

A back-end developer builds the foundation of a website, including database connections, user authentication, server, network, and hosting settings, and business logic, before maintaining it and making sure it functions as it should.

Back end developers are focused with the mechanisms and frameworks that enable computer applications to function as intended while working behind the scenes, or “server-side.”

Back-end developers’ main duty is to guarantee the site’s functionality, including its reliability and speed. Back-end developers need to know how to make servers by applying modern frameworks, manage databases and data on a web server, and more.

A master in both front-end and back-end development is referred to as a full-stack developer. Since they are more flexible than developers who are narrow, full Stack Developers often have access to a wide range of programming languages and may even be given greater leading responsibilities on projects.

The generalist identity of the role is the cause of any controversy setting the designation. Developers who specialize in front-end or back-end development are put off by the notion that someone could be as adept at both; the proverb “jack of all trades, master of none” is an example.

Even though that notion still exists, the number of software workers who identify as Full-Stack Developers is rising. 48.2% of developers who responded to a recent Stack Overflow poll identify as full-stack developers.

What Do Full Stack Web Developers Do?

A Full Stack Developer is a person who works on both the Front End, or customer side, and the Back End, or server side, of the programme.

Full Stack Developers must have some understanding of a variety of coding disciplines, from datasets to graphic design and UI/UX management, in order to perform their tasks effectively. They serve as a sort of swing, always ready to lend a hand.

The following are some of the responsibilities of a Full Stack Developer:

Why A Full Stack Developer Is Needed?

It relies on the software’s size and scalability. One Back End Developer and one Front End Developer, for instance, can be all that a tiny independent game team with only a few members needs to complete the production of a modest simulator.

Even more compact companies might only employ one Full Stack Developer skills to manage the entire application. On the other hand, a sizable online application that has the ability to scale will require a huge team of developers, including back end, front end, and full stack.

How Much Does A Full Stack Developer Make?

These are useful web developers in a field where demand is continually rising and growth is constant. It goes without saying that a Full Stack Developer can earn a respectable and even lucrative pay.

According to Payscale, a Full Stack Developer makes an average income of $75,057 per year in the United States, plus bonuses that amount to an average of $4,300 annually.

How To Step Into The Full Stack Web Development World

Investing in a top-notch school is worthwhile if you want to start a career as a full-stack software engineer.

Every front end, back end, full stack, and haystack (heh.) a web developer and engineer requires an online portfolio that showcases their work. Before you start applying, be sure to update it with your main projects.

You can build mock projects for your portfolio based on the work you’re doing in your classes if you’re just studying front end development and/or back end programming.