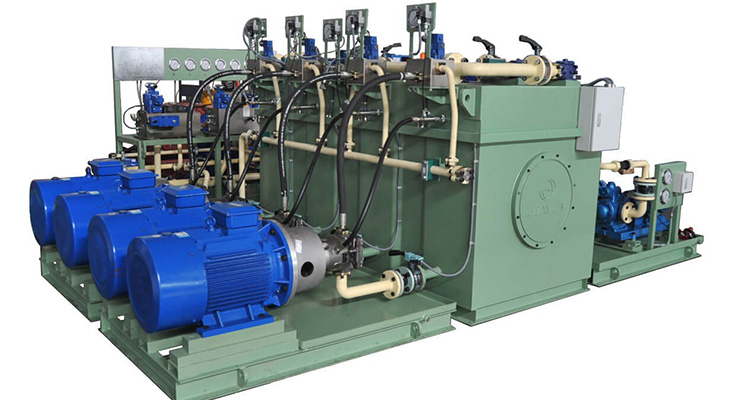 Pump failures will result in product quality issues and a loss of production. There will usually be one or more backup pumps to reduce the chance of a pump failure influencing production. Thus, in this article, troubleshooting these pumps and their causes will be looked into.

The failure of a gas hydraulic power pack pump to pull in a complete charge of oil is referred to as cavitation. When a pump begins to cavitate, the noise level rises, and the area surrounding the shaft and front bearing may get quite heated. Other signs of pump cavitation include:

If cavitation is detected, inspect the following areas:

Air Leaking Into the System

After a short period, the air in a newly built system will purify itself. The system should be cycled for 15 to 30 minutes before creating more than very low pressure. Entrapped air will dissolve slowly in the oil and be transferred into the reservoir, where it will escape. Of course, leaking air from high places in the piping, particularly around cylinder ports, can speed up the process.

Air entering the system through air leaks will cause the oil to appear milky for a brief period after starting, but the oil will normally clear up around an hour after shutdown. Examine the following places to determine where the air is entering the system:

Water Leaking Into the System

Water flowing into the system causes the oil to appear milky while the system is running, but the oil normally clears up quickly once the system is turned off as water settles to the bottom of the reservoir. The water may enter the system in the following, and potentially more, ways:

Oil Leakage Around the Pump

Water Leakage Around the Shaft Some pumps (hydraulic pumps or those with an overhead reservoir) may have a tiny pressure behind the shaft seal. This is generally more noticeable when the pump is operating and may fade when the pump is turned off. Exterior leakage may occur as the seal wears out.

Other pumps, such as gear and vane, typically operate with a little vacuum behind the seal. Leakage may occur only after the pumps have been turned off. Excess oil temperature might cause prematurely worn shaft seals. Rubber seals have a relatively short life at temperatures above 200°F. Abrasive particles in the oil can quickly wear down seals and cause circumferential scoring of the shaft in the seal region. If abrasives are found, they will precipitate out of a reservoirs sampling.