It seems like every day there is a new headline about police brutality. And while some people may feel that the cameras are an invasion of privacy, many believe that they are a necessary step to ensure justice.

What type of video evidence is admissible in court? 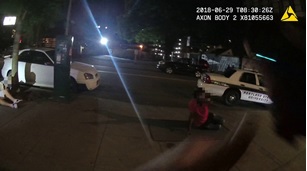 In order to be admissible, video evidence must be relevant to the case and its probative value must outweigh any prejudicial effect. The court will also consider whether the video is an accurate representation of what happened. In light of recent events, more and more people are calling for body cameras to be worn by officers during interactions with the public. But what happens to that footage once it’s been recorded?

Body camera footage can be incredibly helpful in proving what happened in a particular incident. The footage can show the events as they unfolded, which can be helpful in determining whether the use of force was justified.

While body camera footage can be useful, it is not always conclusive. The angle of the camera, lighting, and other factors can affect what is captured on video. Additionally, video evidence can be edited or tampered with, which may impact its credibility.

Ultimately, it is up to the court to decide whether body camera footage can be used as evidence. If you have been charged with a crime, it is important to speak with an experienced criminal defense attorney who can help you navigate the legal system.

Can it be used in court?

The answer is yes, body camera footage can be used as evidence in court. In fact, it can be incredibly useful in helping to secure a conviction. Here’s why:

Body camera footage provides an unbiased account of what happened during an incident. This is important because it can help to refute any false claims that may be made by either party.

Unlike witness testimony, which can often be conflicting or unclear, body camera footage provides a clear record of events. This can be helpful in establishing exactly what happened and who was responsible.

unlike other forms of evidence, body camera footage is very difficult to manipulate. This means that it can be relied upon as an accurate record of events.

Body camera footage can be very powerful in court. Its ability to provide a clear and unbiased account of events can be very persuasive to a judge or jury.

As body cameras become more commonplace, their use in court is likely to increase. This is because there is a growing body of case law that supports their use as evidence. 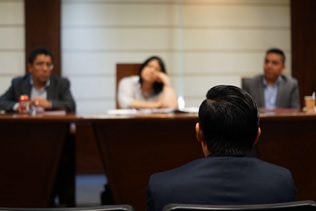 While body camera footage can be useful in court, it’s important to remember that it is just one piece of evidence. It should not be relied upon to the exclusion of other evidence, such as witness testimony. However, when used alongside other evidence, it can be a powerful tool in securing a conviction.

As body cameras become more commonplace, their use in court is likely to increase. This is because there is a growing body of case law that supports their use as evidence. Body camera footage can be very powerful in court, providing an unbiased account of events that can be persuasive to a judge or jury. When used alongside other evidence, it can be a powerful tool in securing a conviction.