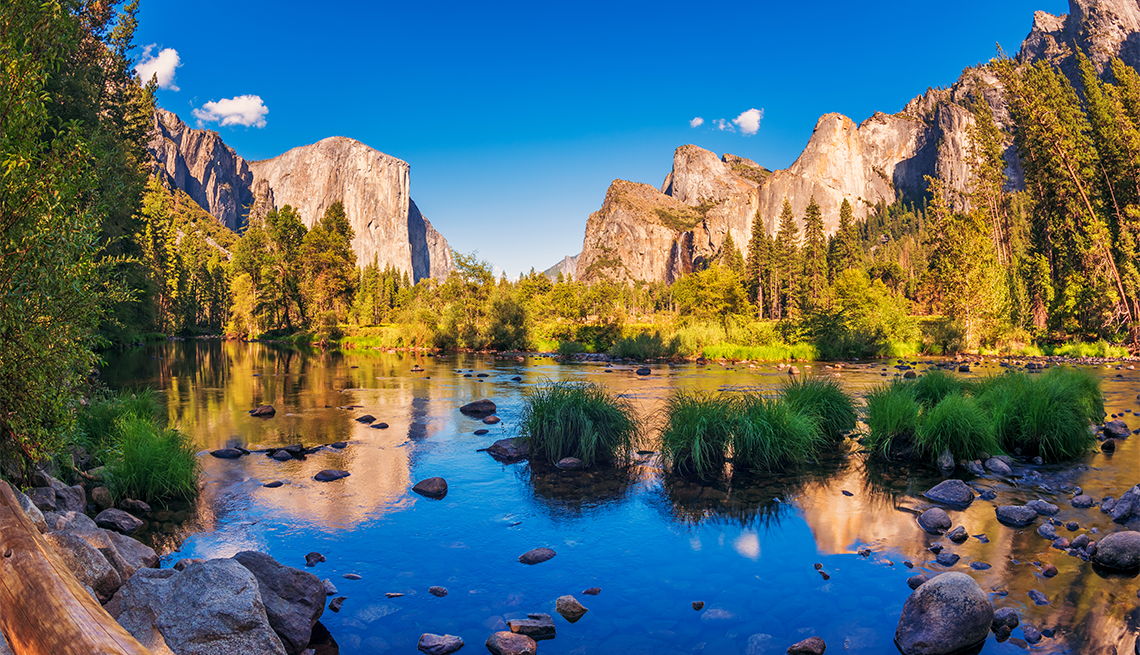 If you are planning a trip this summer to the Yosemite National Park, keep an eye out for the different birds that fly in and above the area.

Whether you are interested in bird watching or not, you are bound to come across different species flying above your head while strolling through this incredible park. Some folks are passionate about watching birds. These beautiful and often unusual birds are found across the park’s seven hundred and fifty thousand acres of land. According to a recent report, there are approximately one hundred and sixty-five migratory and resident species here.

However, due to the climate, expect to see certain types of birds during the summer months. Birds move from place to place during different seasons, so let’s take a look at some of the species you might come across during the summertime.

The Stellar’s Jay is often spotted by people visiting the park. These amazing birds have unique blue feathers. Interestingly, their feathers don’t have any blue pigment in them, which surprises a lot of experienced bird watchers and animal lovers. You’ll notice their amazing bright blue feathers and their fan-shaped tail flying around the area. Their wingspan can vary from twelve to seventeen inches.

If you are enjoying a picnic with friends or family members, keep an eye out for these birds because they might be looking to help themselves to a snack. Although it might prove challenging to prevent these birds from stealing your food, under no circumstances should you feed them. Feeding the birds can have a negative impact on the species, plus, it’s against the law.

If you are lucky, you might see a Bald Eagle while visiting Yosemite National Park. Although they are a rare sight in the area, these large birds are spotted by people in the area now and again.

It’s hard to determine the difference between a female and a male Bald Eagle. The female is only slightly bigger than the male, which is why a lot of birdwatchers struggle to tell the difference. They make large nests, so if you come across a nest that seems around five feet in

diameter, there is a chance that it’s owned by a Bald Eagle. Some visitors claim they have seen these huge birds nesting close by the Bower Cave. They tend to fly close to the ground, and like to spend time near open water.

The American Goldfinch loves the warm air, so there is a good chance you’ll see these cute little birds in and around the park during the summer. The bird delivers an interesting and unique chirping sound, that allows it to communicate with other birds.

According to Native American traditions, the American Goldfinch is associated with joy and happiness. They strongly believe that these tiny birds are Omens of good things in the future, while others think that some are connected to spiritual deities. So if all of a sudden an American Goldfinch appears while your visiting the park, you can expect a bright future!

Like many other birds that visit the area, they are diurnal birds. This means your more than likely see the bird during daylight. The male’s feathers often turn a brighter color during mating season. If your are really lucky, you might see a newborn flying around the park. Although they tend to stay in their parent’s nest for a month after birth, they can master flying by themselves after only two weeks.

You might see different types of hummingbirds this summer in Yosemite National Park, but the smallest one in the area is the Black-Chinned Hummingbird. They seem to arrive in the park in early May but tend to leave by the end of June. This tiny bird weighs approximately 3 grams, and it can eat up to three times its weight during the colder months to provide it with

Males have a purple base with a black throat, while the females have a slightly different, pale colored throat.

In areas like the Yosemite National Park, seeing serveral types of different birds is not uncommon. Try to get up early, because this is when you’ll see less common birds flying around the park. Don’t expect to see lots of birds in developed areas either. Try to remain quiet while looking for different species, and find out the different rules in place to keep the birds and national park safe.