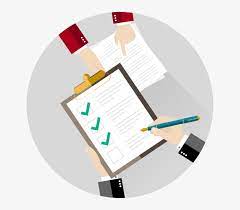 It is not just smartphones. We also have computers which have been around for a lot longer. They also do not eliminate the need for analog solutions. Some things have to be done by hand and with manual labor. An app plus a robot vacuum cleaner did not build your house. And it is not going to build your next one either. That had to be done the old fashioned way which included a lot of blood, sweat, and tears. That is the way of it with a log of things we imagine should be done digitally by now. Here are some of the things we still do the old way, and why it might be some time before that changes:

We are getting closer to the point where documents of personal identification will be officially allowed on smartphones in the States, Apple recently announced such a feature for extremely limited release. Despite Apple’s tremendous market power, this initiative will be an uphill climb, and will most likely fail. In some ways, the US is a very analog country. The US government and some banks still use vacuum tubes to pass information. Part of us will never fully trust technology.

That is why the next time you go online to replace your Social Security card, you will still get a physical copy in the mail rather than a digital copy in email. It doesn’t matter if it is actually safer. The powers that be think it is. We are another couple of generations away from when digital identification can be normative. We don’t even like the idea of digitizing report cards for grade school students. Never mind the fact that identity theft has been trivially easy for a long time. Your identifying documents are going to be more trusted than digital ones for the foreseeable future.

There is no essential Android app that can take the place of physical money. There are apps that can allow us to make digital payments where accepted. But there is no law requiring that acceptance. There is a law requiring the acceptance of hard currency. As a result, there are many businesses that still will not accept Apple Pay, Android Pay, or anything from Visa or MasterCard.

Many small business owners refuse to accept plastic or digital because they don’t want to pay a fee to the credit card processors. But that is only part of the story. Another reason they are hesitant to accept digital forms of payment is to avoid the paper trail. Not everyone wants an accurate record of how much they are making accessible to the government. Ironically, paper money is the best way to avoid a paper trail. This is not something that is going to happen quickly. There will have to be legislation requiring digital currency at every business. That is highly unlikely to happen anytime soon.

I know, there are no laws preventing digital medical records. Some medical groups offer digital medical records. But this one made the list because it is a lot like paper money. Not all places do medical records digitally. Most people still do not have access to all of their medical records in digital form. It is done piecemeal at best. Again, this is one of those situations where paper is trusted as if it were more secure. It isn’t. It does keep patients from having complete control over their healthcare. The business of healthcare in the US disincentivizes individual control over healthcare. We are getting there. But there is still a long way to go.

Identity documents, cash, and medical records will be among the last things to give up their stranglehold on our need for paper. The good news is that even now, that stranglehold is beginning to loosen, if only a little.